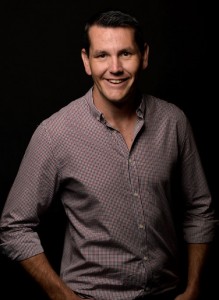 Aaron is one of the Directors or Survey 360 and has over 15 years survey experience.

Aaron began his career as a Survey Chainman, and continued to work full time whilst completing his studies in Spatial Science after hours via correspondence through the University of Southern Queensland. Whilst this method resulted in studies taking longer than a full time student, it allowed Aaron to build valuable skills through direct experience in the industry to compliment his university studies.

Based in South East Queensland, Aaron has specialised in the Residential Housing Industry.

Initially working full time onsite completing various surveys for large Project Builders in South East Queensland for the early part of his career, progressing on to working on larger scale development and commercial construction projects throughout the East Coast of Australia, tying in his passion for travel, outdoors and surveying.

Aaron then moved to the next stage of his career, taking on a Residential Survey Manager role. In this position Aaron had the responsibility of overseeing and managing the survey requirements of many large scale project builders, covering an area from Townsville to Sydney resulting in over 4000 jobs completed per year.

This range of experience has allowed Aaron to build invaluable knowledge and understanding of the residential construction process.  Having also built a number of new homes for himself, including one into two and one into three projects, Aaron fully understands the build process and the challenges it can present.  This combined unique set of experiences, allows Aaron to offer further advise beyond the Surveying component that you will not receive elsewhere.